You are here: Blog / Archives for MUSIC

I just had to post this: my best man and best friend, Corey Gillen, playing drums behind Gran Bel Fisher on Jimmy Kimmel Live! (I love the fact that they were on with Billy Ray Cyrus…)

Just me riffing on John Porcellino:

This is the first song you see Daniel Johnston play in the wonderful documentary about his life, THE DEVIL AND DANIEL JOHNSTON. I couldn’t get it out of my head for a week.

If you’re unfamiliar with Daniel Johnston’s music and art, check out his website, the fansite Rejected Unknown, and the BBC Collective’s page on him.

Here’s a great Youtube clip of his song, “I Had Lost My Mind,” complete with an animated drawing from the documentary:

I promise tomorrow I’m going to post a nice pretty picture up here, but for now, The Dems won, Meg and I just finished kicking the GRE in the nuts, and it’s 60 degrees outside, so we’re going to relax and get the apartment ready for the company we’re having this weekend.

In the meantime, there’s a great article from Slate about R.E.M. versus U2. Sorry Don, but I’m on the R.E.M. side of the fence. I went through my big R.E.M. phase in high school, when I stole borrowed a copy of Reckoning from my girlfriend’s brother. I hadn’t listened to them lately until I found a mint copy of the Murmur LP at Half Price for four bucks. Ooh, did it sound good.

Other things that sound good: Exploding Hearts and this dude. I remember the days when things were real bad for me
It was right after my accident, when I lost my hand…

“Moulty” was a song by a Cape Cod garage band called the Barbarians, who in 1964 grew shoulder-length hair, wore sandals, and were fronted by a one-armed drummer with a hook.

Moulty was drummer/singer Victor Moulton, who at the age of 14 had lost his left hand while he was building a pipe bomb, and this 1965 single is a recitation by Moulton (backed not by the other Barbarians, but a cadre of New York session musicians including, allegedly, members of Levon and the Hawks, soon to become the Band) about his accident and how it changed his life. The monologue, written by producer Doug Morris, is sappier than a sugar maple in March, but the combination of the cheesy recitation and the sloppy rock and roll backing, with its drunk-sounding, ragged massed backing vocals, is oddly appealing. The Barbarians didn’t think so, and left Laurie Records soon after the single was released without the band’s consent.

I can’t get enough of this song. It’s so goofy and hilarious, but so earnest. It makes me happy.

If you head over to Rbally, you can listen to a version of Yo La Tengo doing it live with Lenny Kaye (Patti Smith’s guitar player, and the compiler of the original Nuggets collection on which “Moulty” was collected) in 2005. Also, be sure to check out some video of Victor’s one-handed drumming.

“I don’t want to throw out any sacred things. What…is sacred? Oh, Romeo and Juliet, for instance. And all music is.”

I’ve found music is one of the only really great cures for depression. Yesterday I listened to Carl Perkins’ “Everybody’s Trying To Be My Baby” probably half a dozen times:

Now, there’s some debate as to whether Perkins wrote the song or not (there was a swing band in the 30s who did a song by the same name), but regardless: what possesses somebody to write such a ridiculous song? Do you think Carl Perkins’ life was really like that?

There could even be a little trace of menace in the song. I mean, does this guy ever get any alone time? If you swapped “to be my baby” with “to get my money,” you’d have a paranoid celebrity song, wouldn’t you?

Either way, I like the song, and it makes me feel happy. 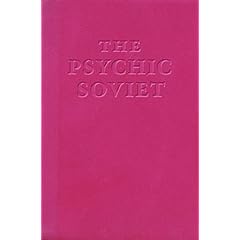 I’m sick of hauling my acoustic guitar down to the beach, where fear of theft and salt water damage keeps me from playing it anyways, so yesterday, we drove over to Guitar Center and bought a ukulele. (Sean, get ready for dueling solos.)

Guitar Center brings back nostalgic memories for me, as in my adolescence, I spent all Christmas or birthday money there, on various gadgets. It’s a wanking wonderland there, and the din from everyone’s noodling solos is strangely conforting. Last weekend we went down to Wooster to see my best friend and best man, Corey Gillen, play drums with Josh Krajcik Band and Gran Bel Fisher at a little coffee house named Seattle’s. The place was absolutely packed, with an unbelievably good audience. Krajcik Band is filling as Gran Bel’s backing band on his current tour, but in Krajcik’s hometown, Fisher was opening for Krajcik.

“Krajcik Band always brings a packed house,” said Wilson, the owner of Seattle’s. “These people come in here to hear original music. You get a cover band in here, they’ll boo them off the stage.”

Watch the rockage. Nothing against Josh or Gran Bel, but you could put Howdy Doody in front of that rhythym section and you’d melt some faces off.

They’re playing the Cambridge room at the Cleveland House of Blues tonight and tomorrow night. Then it’s off to a sold-out Bonnaroo on Saturday, where you can see them at the Kat Nap Cafe in between Elvis Costello and Beck.

You can check both Krajcik and Bel Fisher out on Myspace, but nothing compares to seeing these cats onstage.

And if you ever get a chance to hit up Wooster, just hang out on Liberty Street: you can try the catfish dinner at CW Burgerstein’s, get ice cream at the Dari-Land, and browse the awesome selection at the Books In Stock bookstore. If you happen upon Seattle’s, ask them for a shot of Le-Bomb James: a Krajcik Band original concoction of Crown Royal, Sprite, grenadine, and sweet and sour mix. It won’t disappoint.

a drunken bar napkin drawing from the event

I pulled a 180 in an intersection trying to turn left yesterday, and that’s when Meg and I thought it might be a good time to head home. Does nasty weather=longing for good music?

I don’t know, but I really really really like the new Beth Orton album, COMFORT OF STRANGERS. Jim O’Rourke played bass, piano, marimba, and twiddled knobs on this one, and you can tell. Supposedly he was just hired as a session guitarist, but he ended up taking over production, and they cut the thing in just two weeks. It’s beautiful, check it out. You can see her performing the title song on Letterman, here, or listen to her live on the radio, here, or stream the whole damned album, here.
Also, I’m hearing more and more layers in The National’s ALLIGATOR. What a kick-ass record. Check their stuff out here.

Finally, Jeremy Warmsley has a new EP, OTHER PEOPLE’S SECRETS, on London’s Transgressive coming out in March. My history with Jeremy, here. Like the last one, this EP will be vinyl-only, limited to 500 copies. Unlike the last one, on this record, Jeremy worked with live musicians. Check out the new songs here. They’re way good.

Oh, I like music. Meghan and I are debating whether to start our own podcast. Does the world need another podcast? Probably not. What do you think?